Paddling Back In Reality

No this isn't the blog from our recent trip on the west coast but I can assure you that it is in progress and it should be posted sometime later this week. However, today Robyn and I spent the day on the water with Gary Jacek who was on the west coast trip with us. We really didn't have a specific goal other than to get back into our play kayaks and in my case try out some new gear.

I have to start off by saying that we are very fortunate to be living in one of the most beautiful cities and paddling locations in the world but ...... today it felt that I was totally disconnected from nature. How can this be when we were on the water drifting across vast beds of eel grass, meandering through the rocky islets or watching seal pups interact with their mothers? The answer is quite simple. We were not alone.

After spending 10 days on the rugged west coast of Vancouver Island most of which was in total isolation from the outside world, the adjustment of paddling to Victoria's inner harbour was a bit of a shock. From the moment that we launched from the Esquimalt Lagoon until we returned my senses were overloaded with human interaction and the artificial environment that we all live in. CFB Esquimalt and her fleet, the majority of the shoreline occupied by multi million dollar homes, condos or hotels. Powered pleasure craft of all sizes, the Coho ferry, whale watching boats full of tourists, float planes too many to count taking off and landing, the hustle and bustle of thousands of people (locals and tourists) enjoying our grand city on such a beautiful summer day. The distractions were so great that just trying to absorb the natural environment was impossible. I think it just comes down to spending some really quality time in natures pristine environment the last couple of weeks that has made me more aware of how we exist on this planet.

With summer rain showers in the forecast for this weekend it was the perfect opportunity to head to the beach again. On Saturday morning we met up with Gary and Jane Jacek at Gyro Park (Cadboro Bay) for a day of skills refining. The rain? We planned on getting wet anyway.

While we paddled to Loon Bay to practice some rescues it was a great opportunity to work on blending strokes and edging our P&H Delphins. With lots of boats and anchor buoys on route to the Royal Victoria Yacht Club it was the perfect way to practice our sweep, bow, stern pry, low and high brace turns.


At the practice area Robyn and I worked on her rolls which are starting to flow much better now that she is keeping her head and torso lower on the back deck to complete the sweep of her paddle. Lifting the head too soon just makes the roll much more physical than it should be.

We then worked on  rescues including the Eskimo or T-Rescue including some that we planned and one that I simply rolled in and waited (yes under water) for Robyn to come to my rescue. She did really a really good job responding to the slight curve ball that I threw her. I wanted to see how she would react and I was very pleased as I watched her bow arrive within hands reach for me to hip flick myself back upright.

Then we did a few wet exits working on refining our technique to reduce the time it takes for the person in the water to get back into the kayak and secured. Our goal is to complete this rescue in less than 1 minute from the time of first contact by the rescue kayaker.

After our 'wet' practice was completed we paddled to Willows Beach through the rocky islets along the coastline. This is where the paddle stokes and edging that we have been working on really proved their value. Rock gardening can be a very rewarding experience especially when maneuvering in very tight channels.

On the way to the Willows Beach Tea Room which would be our rest stop we came by a wedding taking place on the beach. Thank goodness the rain had stopped for such a special day! 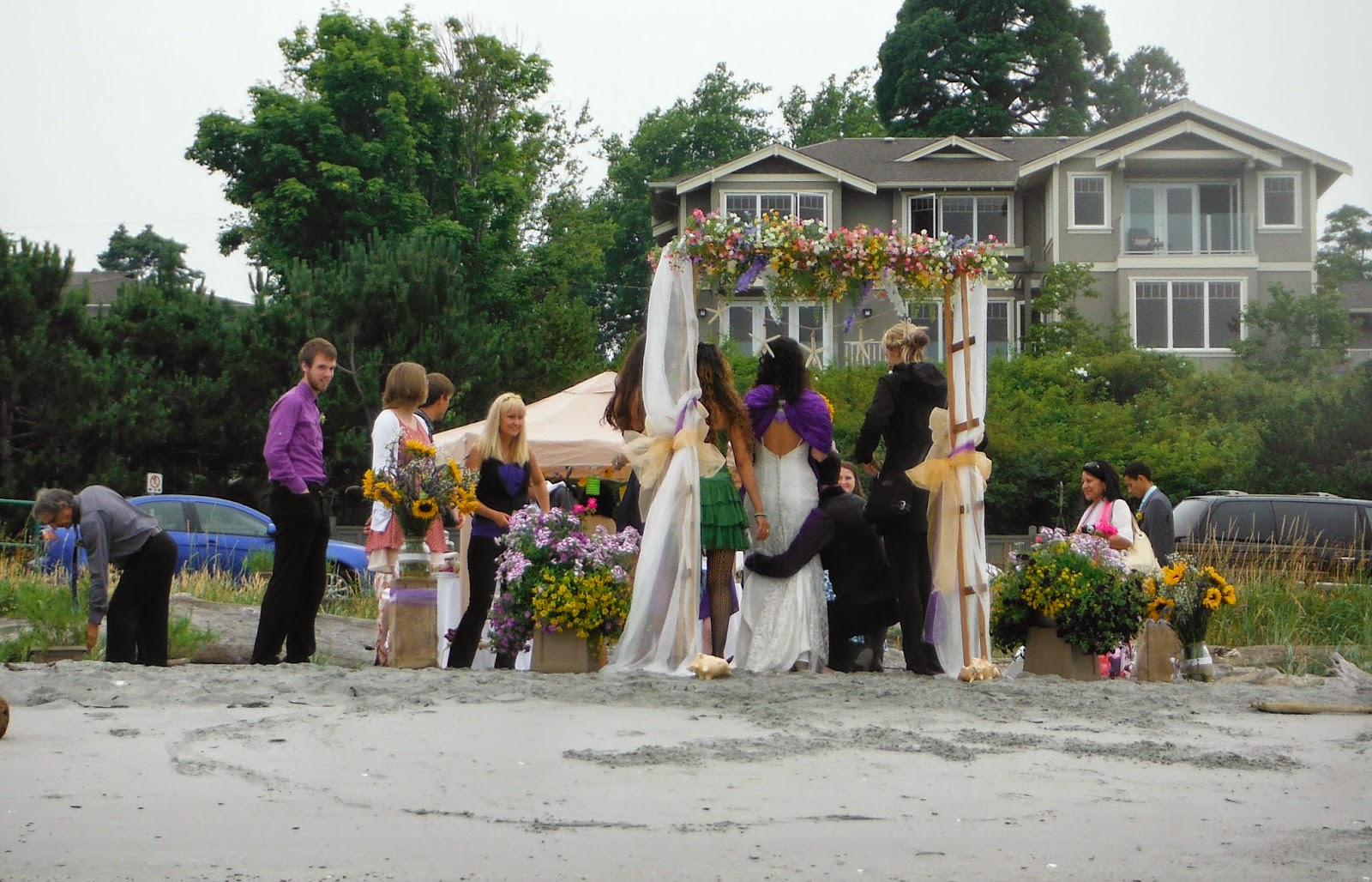 Our track route shows the story of our practice day .... no straight lines just lots of maneuvering. 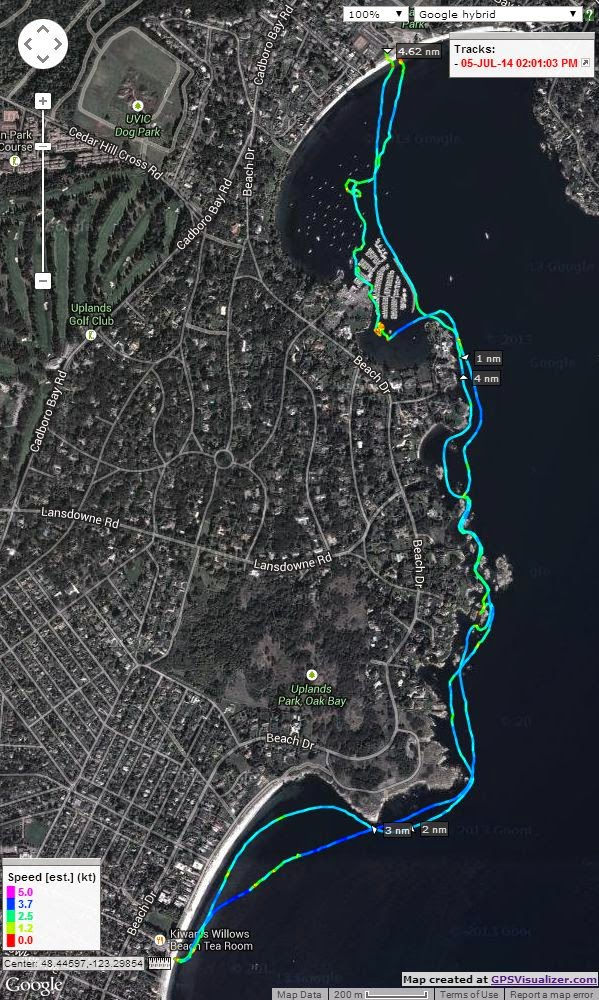