Yeah .... we've been quiet the past couple of months in terms of kayaking. Not only has the south coast been pounded by winter storms, we even got some snow this past weekend here in balmy Victoria, BC. Just as we were getting all geared up for a busy couple months of playtime and completing our Paddle Canada Level 2 certification our kayaks sorta got yanked from beneath our butts. At least for the next little while.

Some of you might have known that I was experiencing a condition called Atrial Fibrillation (A-Fib) for the past several months. Gradually it has gotten worse and this week I was expedited into the the Victoria Atrial Fibrillation Clinic program to get it looked at and hopefully fixed. What is A-Fib you might ask? Well it simply is when the electrical impulses in the heart create a condition that cause the right side of the heart not to work in the same rhythm as the left side. In my case my left side has been beating about 2.5 x faster than my right side which over time weakens the heart muscle, increases the risk of stroke and just makes doing normal activities uncomfortable.

So what does this mean? Well in four weeks time I will go through a procedure called cardioversion where a defibrillator will be used to shock my heart back into rhythm. It's a common procedure in cases like mine and if successful I'll be back to feeling great about 6 weeks later. In the meantime I'm taking meds for rate control of my heart to try and give it a little rest. As my doctor said yesterday "It's like your heart has been running a marathon 24/7 for the last 7 months and it's tired". Ya .... me too!

Anyway ...  9 weeks and 6 days from now (May 6th ish) it should be all taken care of. Yes I'm counting the days down until I can get back to pushing the envelope a bit in my kayak. If I can convince Robyn in the meantime, we might just do a little shoreline super relaxed paddling and she can work on her towing skills with me. :-) Ya right!!
Posted by What's That Birders at 2:55 PM 4 comments:

For some reason, we have never paddled the southern east coast of Vancouver Island between 10 Mile Point and Island View Beach before. We don't know why but yesterday we found out that it really is a great place for a day paddle.

We met up with Gary Jacek at Telegraph Cove with the plan to be OTW by 10:00 in the amazing spring like conditions that we are getting spoiled with around Victoria.

Gary was our tour guide for the day and he pointed out some of the rock garden features, wildlife and a few small caves in the cliffs along the way. This area also has some of the biggest houses we have ever seen on the south coast.


There were several families of river otters that we came across in the area as well. In fact this is the most otters that we have seen on a single paddle with each family consisting of at least 6 members.


Just north of Arbutus Cove we came across a couple of caves in the cliff face that Gary and I explored. I was surprised how rugged seascape was on this paddle. 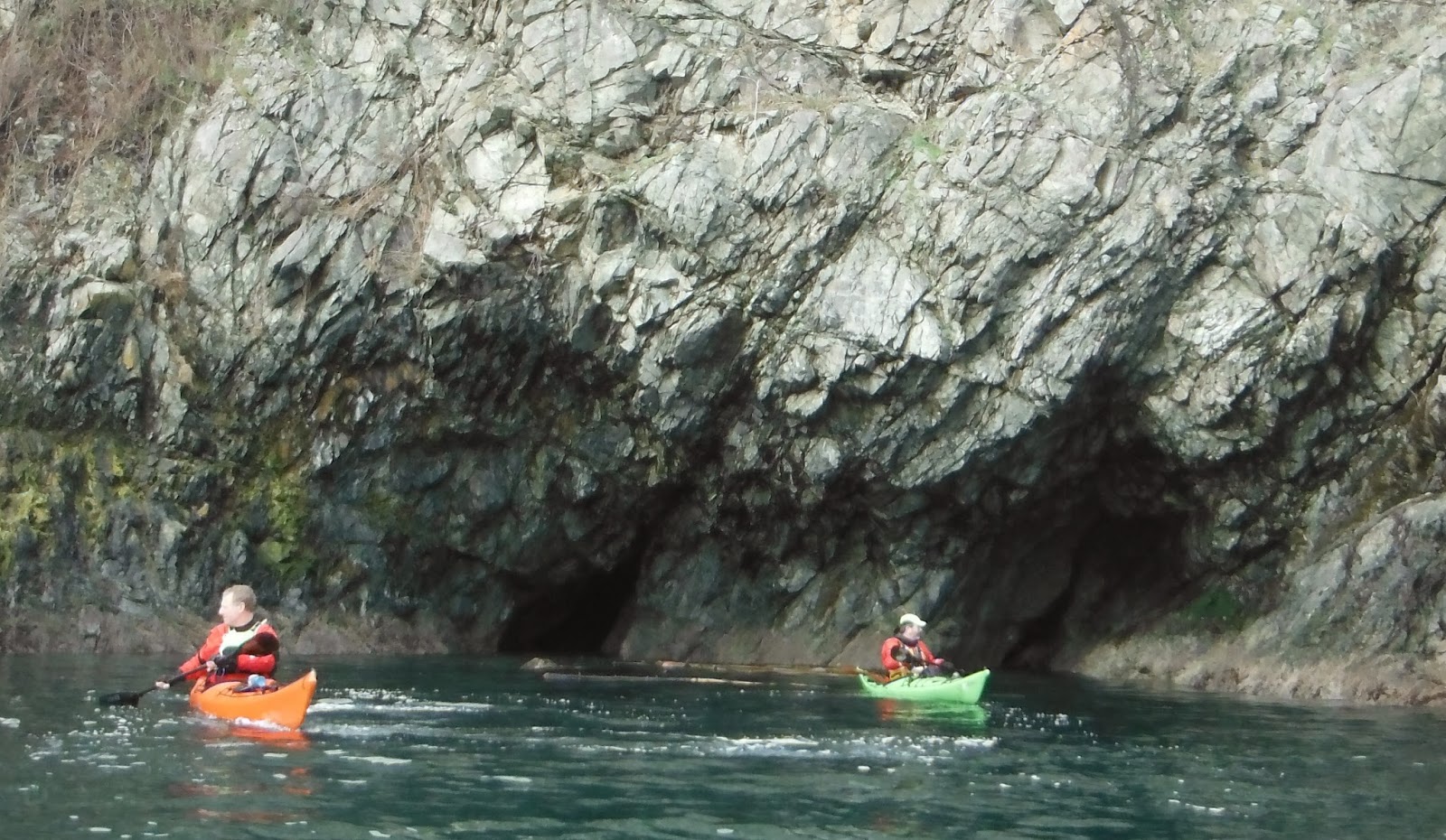 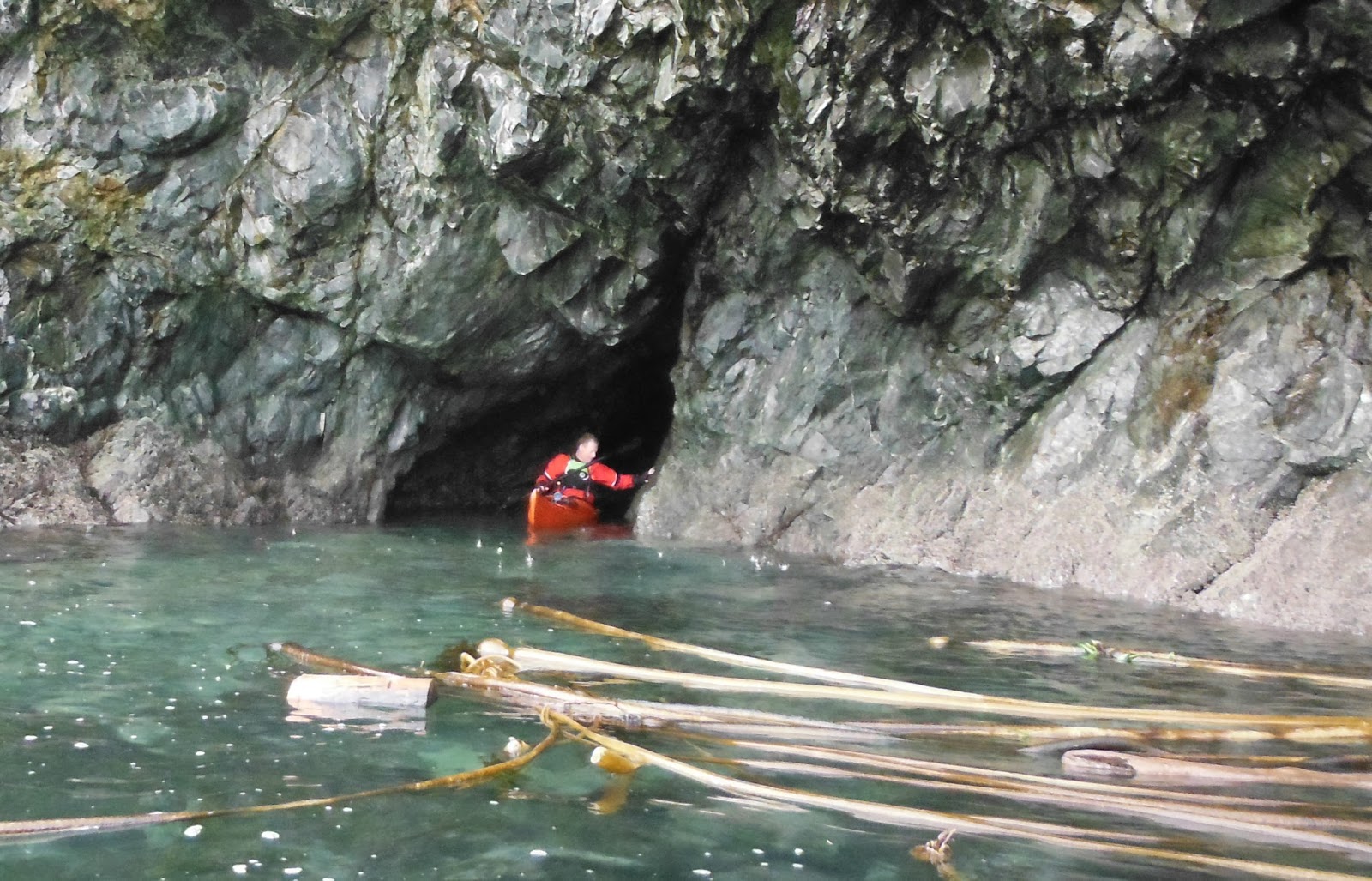 And there were also some great beaches along the way to stop and have lunch. In our case we stopped in Margaret Bay and noticed a family looking for something in the driftwood, Sure enough they were Geocaching and in fact it was their first ever "find" and we were the first geocachers they had ever come across. They were really surprised that we arrived by kayak so that will be a great story for them to share. :-) 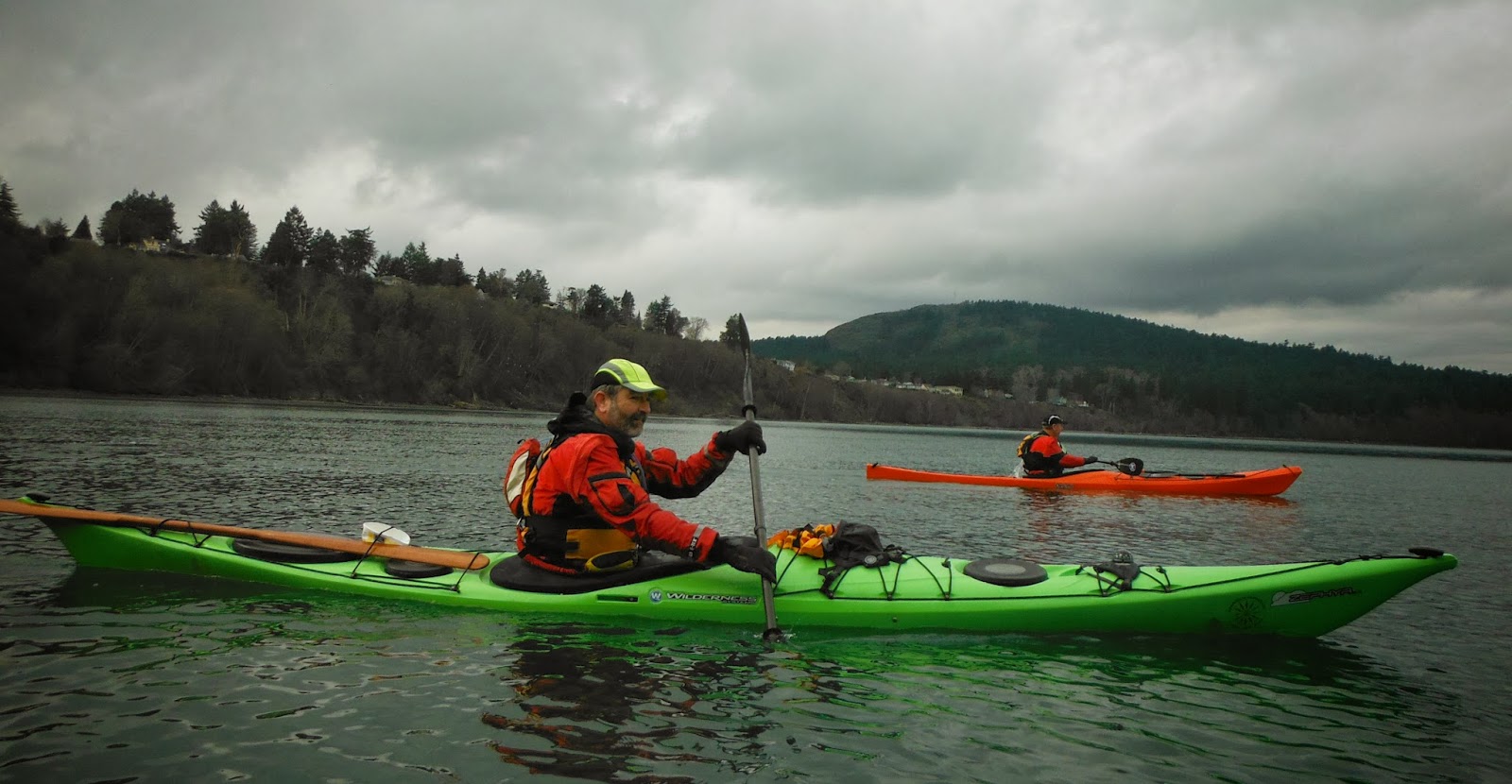 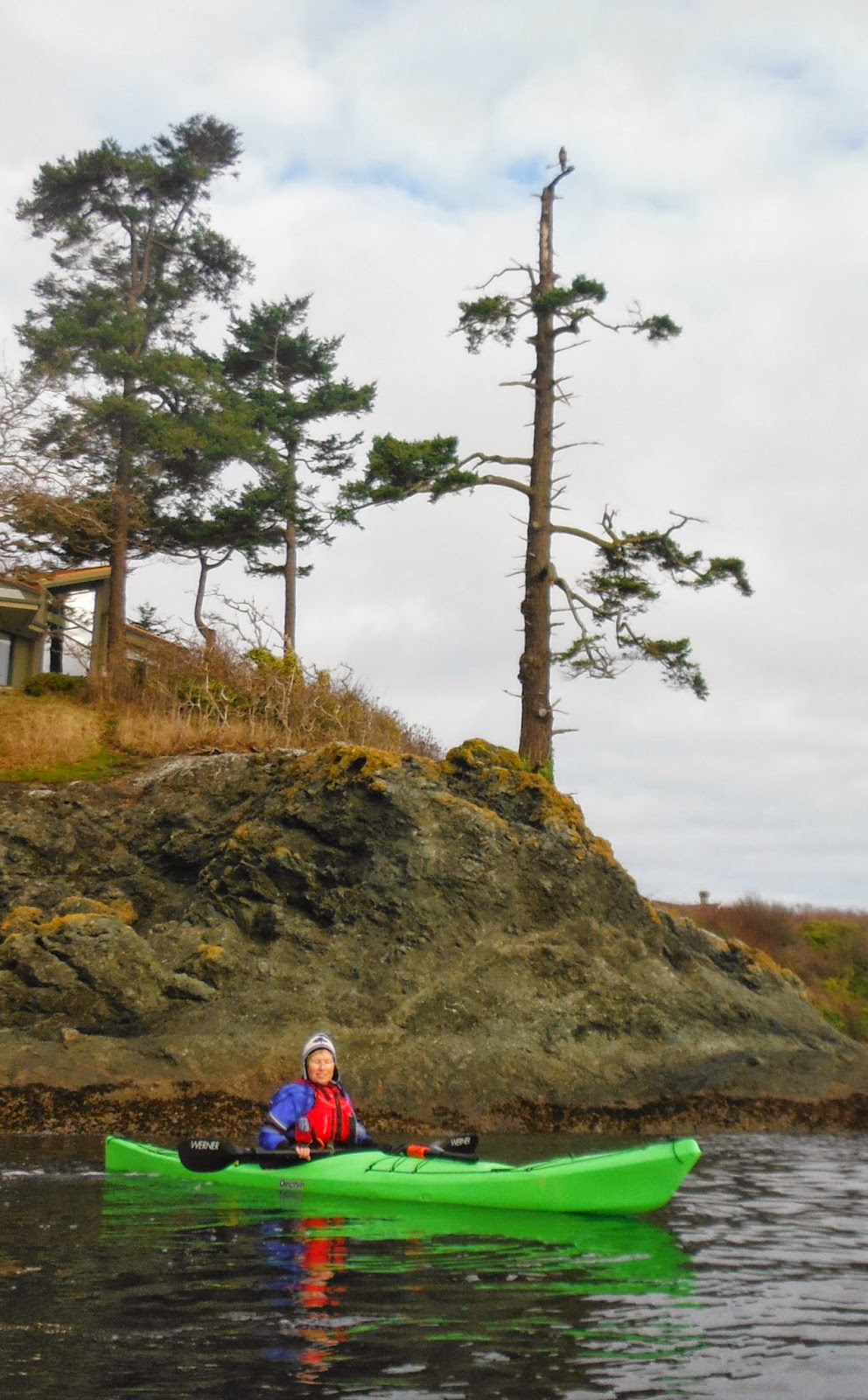 There were lots of birds to be seen including bald eagles, blue herons, mergansers, buffleheads.

This immature bald eagle kept a close eye on us as we paddled by. 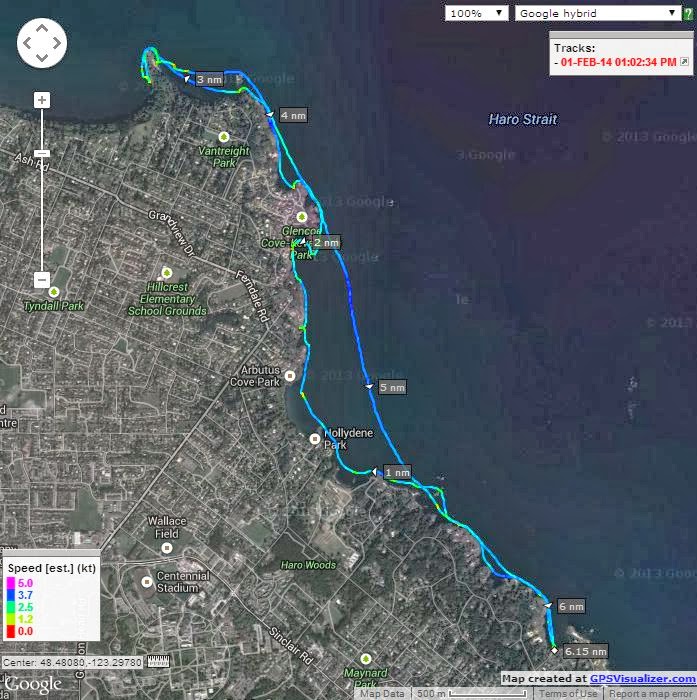